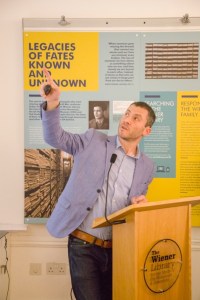 Dan is a Professor of Modern History and Director of the Holocaust Research Institute, Royal Holloway, University of London.

This article argues that the attack on ‘cancel culture’ is the creation of a culture war where none exists. The number of cancelled events at universities is very small and universities are already defenders of free speech. It argues that if universities do not want Holocaust deniers or other conspiracy theorists to speak on their campuses then they should not invite them.

Everybody is in favour of free speech – unless it is speech they don’t like. This seems to be the rule of the thumb in the current debate in the UK over universities’ duties. A bill introduced in Parliament on 19 January 2021 by David Davis, Conservative MP for Haltemprice and Howden, proposes that universities should have a duty to promote freedom of speech, and proposes to fine universities that do not comply with that duty. Arguing that of all the freedoms that have made ‘our Kingdom […] a great nation’, free speech is the most important, Davis then went on: ‘Today that is under threat, and it is under threat in the very institutions where it should be most treasured: our universities.’ He gave examples of speakers who have been ‘cancelled’ by universities, because what he calls the ‘cancel culture movement think it is reasonable to obliterate the views of people they disagree with, rather than challenge them in open debate.’

What does this mean? Do universities in the UK not protect free speech? The answer, I would suggest, is yes and no. It is true that a trend towards ‘cancelling’ speakers has grown, an unfortunate state of affairs when, as Davis says, anyone who does not like a specific speaker, can choose not to attend their talk. It is also the case that a certain self-censorship is creeping in, as the tendency towards cancel culture on the one hand and a growth in the number of bodies keeping tabs on what academics say (including inside universities themselves) on the other, means that it is easier sometimes for scholars to keep their opinions to themselves.

The test case in the response to the Freedom of Speech (Universities) Bill has been, as it so often is, Holocaust denial. This is both quite complicated and quite simple. It is complicated because in theory, following the adoption of the bill, should a Holocaust denier be invited to speak at a university, that institution would be obliged to let the event go ahead or face a fine. On the other hand, if it is understood – as it should be – that Holocaust denial is not ‘sometimes’ bound up with antisemitism, but is in fact one articulation of antisemitism, then the event could be called off on the grounds that speech which incites violence would (as Davis says) ‘of course be forbidden’. The problem is that Holocaust denial is not yet widely understood as a variety of neo-Nazism or violence-inducing antisemitism, so the matter would have to be tested. On the other hand, the matter is really very simple: if one doesn’t want to have a representative of the radical right denying the historical record speaking at an institution of higher learning, then don’t invite one. Nothing in Davis’s bill obliges universities to invite homophobes, anti-abortionists, anti-trans rights campaigners, racists or neo-Nazis to give talks. No platforming is not the same as cancel culture.


One response to the bill, which is supported by education secretary Gavin Williamson, has been to renew calls to outlaw Holocaust denial, as in Maddie Schumann’s blog posts for the Times of Israel. Williamson rejects the claim that universities will be powerless to prevent Holocaust deniers from speaking on campuses, for the reason that ‘that is something that should never and will never be tolerated’, which does not seem like the most robust argument, legally speaking. Yet while there are good historical reasons why Germany and Austria have banned Holocaust denial, along with displays of Nazi symbols, there is no need for such a law in the UK. We are continually being told that Holocaust denial is on the rise, which seems odd given that Holocaust education has been on the national curriculum for twenty years. There is in fact little evidence for an increase in Holocaust denial per se; there is a rise in antisemitic rhetoric – and to some extent violence – in response to recent violence in Israel/Palestine. This is a sad state of affairs whereby the extremely complex situation in the Middle East is being weaponised by some Muslim and Jewish groups, turned into a simple tale of good versus evil, and used to sew division between communities in the UK and elsewhere, usually minority groups who, in other circumstances, might discover that they have more in common than divides them (to borrow Jo Cox’s words).

Universities already owe a duty to the law under the 2010 Equality Act; they promote diversity and inclusion, at least in theory, and academics can invite who they like to speak on campus. Certainly, some prominent speakers have been ‘cancelled’ after unseemly pressure from vocal student groups. But to attack ‘cancel culture’ as if universities as such are hotbeds of denial of the right to free speech is another example of the creation of a culture war where none exists or need exist. It is hard not to draw a comparison here with the UK government’s insistence that universities adopt the International Holocaust Remembrance Alliance’s definition of antisemitism. Even though it is a non-binding, non-legal ‘working definition’, and despite many scholars pointing out that it is vague and unhelpful, Williamson has insisted that universities adopt it, which most have done, more to save themselves from being hassled than out of commitment to it. Williamson’s stance is in itself a strange one to take if one is committed to free speech. Universities, as noted, already have to oblige by the Equality Act. When several antisemitic incidents recently took place on the campus of my own university (sadly, for the first time that I am aware of in the 22 years that I have worked there), the police were notified and a man arrested. This would have been the case without the university having approved the IHRA definition.

The temptation must be to wonder whether the government is not in fact engaged in outing those with whom it disagrees. Will those who sign the Jerusalem Declaration on Anti-semitism, which proposes a far more straightforward and rational definition than does IHRA, be pointed to as IHRA refuseniks and thus as anti-Semites? The charge would be absurd, since most of its signatories are not only Jewish but have distinguished records of working on the topic. Are those who object to the Free Speech bill going to be revealed as icebreakers for ‘cancel culture’ or the ‘woke’ movement, or whatever the Daily Mail finds worthy of whipping up a moral storm about? The bill is in fact motivated less by a love of free speech and a desire to identify those who disagree with mainstream conservative views – that is to say, precisely those who value the tenets of free speech that the government says it is defending, because those who disagree with the mainstream rely on them to be able to articulate a minority position in public. As Consolidated once sang, if you don’t want a Nazi in your house, don’t let one.

One thought on “Free Speech – What’s not to like?”