What we eat can change the world: How a philosophy of food can change our lives 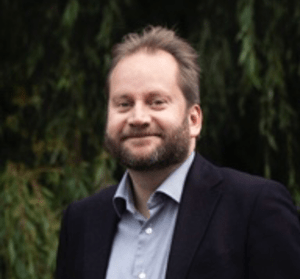 Henrik is Professor of Theoretical Philosophy at Stockholm University

How should we live in relation to food and our food system? In this article I suggest a return to ideas that were prevalent in ancient times to find a new way to live with food, one that does not negatively impact the world or is at odds with basic morality. I suggest we need to become “philosophical foodies”.

How should we live? This question has been emphasized during the COVID-19 pandemic and unless there is some miraculous technological solution to climate change, it will haunt us for a long time to come. For me, it is most crucial today to ask this question in connection with our food system. For anyone that follows the debates about climate change and the food system, it is apparent that we simply cannot go on living the way we have for the past 60 years.

It will not surprise me if this most recent period in our history will, in the future, be considered a shameful and wasteful period. It will be seen as a time when some parts of the world lived unsustainably from its resources, accumulated absurd wealth concentrated in a small minority of the world’s population and as a consequence almost destroyed humankind. Perhaps the most poignant example of this is the present space race among some of the world’s billionaires, but the food system is another excellent example.

What is a food system? It is the system of processes and infrastructure needed to feed a population. Such a system includes the whole chain from production (growing of crops, the raising of animals, fishing etc.) to harvest, slaughter, processing, packing, transportation, marketing, selling, consumption and the waste of food that all these parts of the system produce. It is often described as a cycle: from production of food, to processing and transportation of this food to markets and stores, and then to our consumption of it; but it also contains feedback from consumers to producers. It is a vast system which employs about one billion people in the world.

Today, this system produces more food in the world than we need to feed the entire population on Earth. Hence, it is not a lack of food that causes starvation, but rather that some parts of the world cannot access the food produced. At the same time, we waste an enormous part of this food. 1.3 billion tons of food is wasted each year. It is more than enough to feed all those that are starving, and if this waste was a country, it would be the third biggest emitter of greenhouse gases into the atmosphere in the world, behind China and the US. A substantial amount of this waste comes from households, that is, us consumers that waste a large portion of the food in rich countries. On average we are responsible for over 40% of the loss of food in the world, but it is much higher than that in some countries.

The main problem, however, is our unhealthy and unsustainable diet, which is largely based on meat. It is our persistence on eating large amounts of meat that maintains our unsustainable food system. The modern food system has been developed around meat eating, which goes back to decisions made in the 1970s when the majority of the production of corn and soya in the US became animal feed. Today over 80% of the soy produced in the world goes to animal feed. A choice to eat vegetarian or vegan is hence a choice against the present system.

According to the latest IPCC report, as much as 37% of the greenhouse gases that humans contribute comes from the food system. 58% of this amount comes from meat production (1). In 1960, the average human ate 3 kg of meat per year. Today that number is 45 kg per year. This means that 70 billion animals (not including fish) are slaughtered every year, and form the food system where most of the crops grown in the world go towards feeding all these animals. The main threat to biodiversity and deforestation is food grown to feed animals that will themselves be eaten by us.


While we need to become fossil free by 2050, it is estimated that the world’s population will have reached almost 10 billion by then. All these people continuing to eat in the same way as we have done for the past 50 years will break our planet and make life on Earth impossible. This is an equation that cannot be solved unless we change the way we eat and produce food. Finding a sustainable way to produce and eat food is one of the biggest challenges for the world in the coming decades.

Unfortunately, sustainability and dependence on meat are just a couple of a whole host of issues raised by our present food system. These involve, for example, persistent violations of human rights, animal rights, obesity, health and others. All of these are enormous problems on their own and will have to be addressed through the development of a new food system. They are, deep down, moral questions about our own food choices, and a lot of the problems facing the world are about how we individuals choose to live. We can make these changes as consumers through modifying what and how we choose to eat in the future (2).

So, how should we live then? To answer that question, I suggest we turn our gaze to ancient philosophy and in particular some of the schools during the Hellenic period. Hellenistic philosophy comes after the great Greek philosophers, Plato and Aristotle, and is usually identified as philosophy between the death of Alexander the Great in 323 BCE and the rise of the Roman Empire in 31 BCE. Several of the philosophy schools during this time, like the Stoic, Epicurean or Skeptic schools, promoted practical philosophies, with a main purpose  of guiding people to better lives and showing them how to become happy. In their view, the purpose of all theoretical and scientific knowledge was to promote human happiness. These schools all aimed at what in Greek was called ‘ataraxia’, which means something like ‘tranquility’ or ‘peace of mind’. They wanted to change people’s lives, and in a way the world; or rather, the way people act in the world.

Just like in Hellenistic times, we need a new philosophy of life for the contemporary world and a new way to look at food. Such a philosophy cannot just be veganism, since it must reflect on all the problems associated with the food system. It is a new “philosophy of food” or a way for us to become what I like to call “philosophical foodies”. A philosophical foodie is someone who wants to live a reflective life in relation to food and reevaluate her choices of food.

My inspiration for such a philosophy does not come from the Hellenistic philosophers, however, but from Socrates. To understand what Socrates meant by philosophy one should look to Plato’s famous dialogue, the Apology, which is about the trial of Socrates. Socrates had been accused by the Athenian government of seducing the young and leading them astray. As part of his defense, he outlines what philosophy is, according to him, and its relation to practical life. It includes primarily four things: intellectual modesty, questioning habits, a devotion to truth, and a belief in reason.

Following these ideas and being a philosophical foodie implies that we start to consider ourselves and our choices of food from an honest starting point with some humility, where we do not always know what is best or right. We then need to scrutinize our beliefs and our choices of food, and we need to do this on the basis of reason and with an eye to facts. In this way, we can start to formulate moral principles about how to live, in relation to food.

2 thoughts on “What we eat can change the world: How a philosophy of food can change our lives”