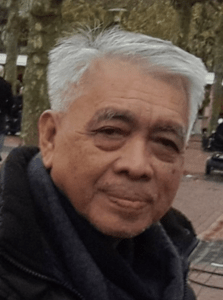 The Philippine government maintains that its COVID-19 (severe acute respiratory syndrome coronavirus 2, SARS-CoV-2) response has been excellent in controlling the pandemic. However, data show that it has been a dismal failure. Vaccination is a key factor in cutting the chain of infection, but other equally important factors should be addressed — detection, enhancing healthcare capability, and addressing systemic corruption. The Philippines should support the proposal to end Agreement on Trade-Related Aspects of Intellectual Property Rights (TRIPS) in the World Trade Organization (WTO).

Contrary to its official pronouncements, the Philippine government has failed dismally in containing the COVID-19 pandemic due to a slow and fractured response. Filipinos suffered from both the incompetence and systemic corruption of the top military and government officials designated by President Duterte to lead the fight against the virus. Instead of accepting responsibility, the Government blames hardheaded (“pasaway”) — ordinary citizens — for the spread of the virus.

In the Bloomberg COVID-19 Resilience Ranking on November 20, 2021, the Philippines ranked the worst place (53rd out of 53) to be during the pandemic.

Delayed, militarist and uncomprehensive approach in curbing the pandemic

On January 30, 2020, the World Health Organization (WHO) Director General declared that the COVID-19 outbreak constituted a Public Health Emergency of International Concern (PHEIC). The first COVID-19 death outside China was a 44-year-old Chinese citizen from Wuhan who died in the Philippines on March 2, 2020.

Under these grave circumstances, President Duterte belatedly declared a state of national health emergency on March 8, 2020. Earlier, the President downplayed the threat posed by the virus in his media briefing on February 3, 2020: “Everything is well in the country” he said. “There’s nothing really to be extra scared of that coronavirus thing. Although it has affected a lot of countries – but, you know, one or two in a country is not really that fearsome”.

President Duterte and his military-led Inter-Agency Task Force on Emerging Infectious Diseases (IATF-EID) imposed a militarist approach towards containing the virus. General lockdown was the main method in the anti-virus campaign. However, the pandemic worsened because of the lack of mass testing and contact-tracing; infected people who were asymptomatic continued to infect others. The lockdown was not designed to isolate infected persons. Later, it emerged that many of the frontline police and soldiers who had been enforcing lockdowns were COVID-19 positive.

The United Nations (UN) has raised concern over some countries’ repressive measures to implement lockdowns, including the Philippines. UN High Commissioner for Human Rights, Michelle Bachelet, said that police and security forces in some countries had used unnecessary force to make people abide by lockdown and curfew rules — with the victims mostly coming from the poor and vulnerable sectors. She went on to describe how the Philippines’ “highly militarized response” to the pandemic had led to the arrest of 120,000 people for violating curfew.

President Duterte is globally infamous for being a tyrant and an enabler of extra-judicial killings. In fact, he is currently accused of “crimes against humanity” at the International Criminal Court (ICC).

The majority of those arrested for violating curfew and quarantine rules were poor Filipinos who were compelled to look for income opportunities because the restrictions enlarged the already bloated army of the unemployed.

Both the Health Professionals Alliance Against COVID-19 (HPAAC) and the Philippine College of Physicians (PCP) pointed to inadequate contact tracing as the culprit in the continuing problem with the pandemic. As HPAAC steering committee member Dr. Aileen Espina told CNN Philippines, “We’ve beefed up testing. We have many isolation facilities already. The mid-point — contact tracing — is where we’re lacking”.

Contact tracing is determining persons who had close contact with an infected person. The ratio refers to the number of close contacts monitored and isolated to every person with COVID-19. According to the Department of Health (DOH), the ideal ratio for contact tracing is 1:37 and 1:30, and the government set ratio is 1:15. The actual ratio as at June 18, 2021, was only 1:6.

Additionally, mass testing lags behind what is needed. As of November 8, 2021, only 21,933,690 cumulative unique individuals had been tested out of the country’s 110 million people. Without mass testing and efficient contact tracing, the contagion cannot be located precisely. Free government-funded testing is limited. The average cost of a Real-time reverse Transcription Polymerase Chain Reaction (RT-PCR) test ranges from PhP3,800 (US$76) to PhP10,000 (US$200), depending on turn-around time for results. This is prohibitive for average Filipinos. Gross Domestic Product (GDP) per capita in 2020 is only PhP164,940 (USD 3,298.8) or PhP13,745 (USD274.9) per month for an average family of five members.

Among the wealthy, it is a different story. It is worth noting that for a poor country, seventeen Filipino tycoons landed into Forbes Magazine’s 2019 World’s Billionaires List. Amidst this situation, the public is scandalized by the wealthy receiving priority testing.

General lockdowns are akin to “burning the house to kill a rat”, according to two veteran infectious diseases experts Jayaprakash Muliyal and T Jacob John, who were at the forefront of the leprosy eradication and pulse polio immunization programs respectively. Lockdowns, when necessary, based on disease surveillance, should be granular to minimize the adverse impact on the economy and freedom of movement of the people. However, the whole country was placed under general lockdown. Every village (barangay) was included in the lockdown, including those with few or no cases of COVID-19. The Economic Times rated the Philippines lockdown as one of the longest and repressive in the world.

The COVID-19 pandemic doesn’t just threaten people’s health. Across the globe, it is also threatening people’s civil liberties. While governments in other countries, including Italy and France, tolerated tens of thousands of protestors against their COVID-19 policies, President Duterte is intolerant of protest rallies. Unlike some protest rallies in Europe where the extreme right, anti-immigrant groups, and anti-vaccination groups joined forces, in the Philippines protestors called for mass testing, vaccine equality, sufficient aid to those affected by lockdowns, and an end to the killings and illegal arrests. Philippine rallies have not been super spreader events because social distancing, face masks and face shields were worn by protestors. President Duterte is using the ban on rallies to tighten his grip of power.

As a result of general lockdowns, the Philippines’ economy contracted a record 9.5% in 2020 as COVID-19 measures wrecked the retail and tourism sectors while a series of natural disasters ruined crops, according to official data.

The COVID-19 lockdown underscored the breadth of poverty in the country. IBON counts 7.5 million poor to low-income families, living on only up to Php21,000 (US$420) monthly in Luzon, and about 4.8 million lower-middle and middle-middle-income families. Recognizing the vulnerability that the military lockdown has put the people in, the government even announced that it will give emergency subsidies to 18 million households, or the poorest 3/4 of the population. However, the subsidy is insufficient.  A grassroots movement of “community pantries” spread nationwide as a citizens’ initiative to complement the grossly inadequate government support.

The fragile Filipino healthcare system is another disadvantage in controlling the pandemic. The DOH data showed that there were 1,236 hospitals in the country as of 2017. Of these, 65% are private hospitals which are the main beneficiaries of the insurance-based healthcare system through the Universal Health Care (UHC) Act. When it comes to community health services, only 47% of barangays had village health stations in 2018.

There is also a significant shortage of health personnel in the country. The Philippine Statistics Authority (PSA) reported a ratio of one government physician to 33,000 Filipinos, which is far from the WHO recommended 1:1,000 doctor to population ratio. In 2016, the DOH said that the country needs only 15,000 doctors, or one doctor per 6,910 people, to meet the healthcare needs of Filipinos each year.

The number of public health nurses is also dismal at a ratio of 1 to 50,000 Filipinos. Philippine Overseas Employment Administration (POEA) data show that despite the scarcity of government health workers, the country has been exporting nurses for decades, which is worsening the brain drain of the health sector.

Amidst the pandemic, the country was rocked by the explosive exposé of massive corruption incriminating the DOH Secretary Doque and other top ranking executive officials close to the President concerning the anomalous purchases of health supplies. Medical supplier Pharmally came under scrutiny when the Senate Blue Ribbon committee found that it had a COVID-19 supplies contract worth billions of pesos with the Duterte administration despite having a only P625,000 in capital and no track record of delivering on large-scale contracts. A number of close Duterte aides have connections with Pharmally. Ariel Casilao, Anakpawis Partylist president and a former lawmaker, decried such corruption amidst the pandemic as the “most immoral of its kind”.

President Duterte has hailed the COVID-19 vaccines as the “silver bullet” to end the pandemic, assuring Filipinos that the Government had access to sufficient supplies of the vaccines. However, it was not able to promptly inoculate a critical mass of the population in order to achieve “herd immunity”. Official data show that as of December 13, 2021, 97,237,440 doses have been administered, of which 54,914,819 were first jabs, 41,513,071 were complete jabs and 809,550 were booster shots. This means that with an estimated population of 110.8 million, only 37.4% Filipinos were fully vaccinated. This is far below the 70%-80% critical mass of vaccinated persons in order to achieve “herd immunity”. Vaccine hesitancy is a minor problem in the Philippines; the main reason for the low vaccination rate is lack of sufficient supplies. Indeed, within the context of global “vaccine inequity”, the Philippines could have promptly secured the needed supply to ramp up its vaccination campaign if not for the incompetence of top government officials.

Waiver of trips to enhance capacity to curb pandemic

The Coalition for People’s Right to Health (CPRH), a Philippine health advocacy alliance, supports South Africa and India’s proposal to the World Trade Organization seeking to remove intellectual property barriers and waive patents on diagnostics, medicines, vaccines, and technologies that will prevent, treat, and contain the pandemic. Edelina de la Paz, MD, of the CPRH said:

“The TRIPS (Trade Related Aspects of Intellectual Property Rights) was really put as an issue of trade, rather than an issue of health. It’s not just COVID-19 that’s killing the global people, we are being killed by many diseases because antibiotics are very expensive, and because they are still covered by patents”.

Patent rights over vaccines aggravate vaccine inequality. The Philippine government should support the demand to waive patents on vaccines pushed by the civil society and several states because this will crucially help the development of local vaccine and testing kits manufacturing, lowering the costs of these medical supplies.

Vaccines play a key role in cutting the chain of infection. However, in the Philippine context, the government should comprehensively address the major problems of inadequate contact tracing and mass testing, improve the overall healthcare system, and seriously address systemic corruption. Observing social-distancing and wearing of face masks help in containing infection. Filipinos need a comprehensive science-based and people-centered approach to stop the pandemic.