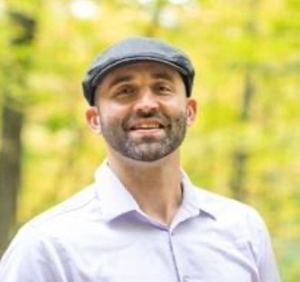 Josh has been a leader in a variety of academic and athletic areas as a coach, teacher and administrator over the past twenty years. Recently, Josh guided equity-related work for the city of Burlington, Vermont as the Restorative Practices Coordinator for the Burlington School District. Josh is currently a partner with All Heart Inspirations, a business which leverages the power of storytelling to make change.

From 2007-2009 I was a graduate student in the Harvard University Teacher’s Education Program. During this time, I was a graduate manager with the Harvard Men’s Basketball team, while also teaching math at Cambridge Rindge and Latin High School. These simultaneous experiences in various capacities of education allowed me to compare and contrast the teaching that takes place in the classroom with the teaching that occurs on a basketball court. I discovered that there are many parallels between the two forms of teaching and further, that the pedagogies of effective coaches are very similar to the pedagogies of effective teachers.

We were sitting together on the bleachers following my first practice with the Harvard men’s basketball team at the onset of the 2007-2008 season, Tommy Amaker’s first year as the head coach at the university. I had just started my studies at the Harvard Graduate School of Education, while continuing my coaching path as a graduate manager with the men’s basketball team. The student-athletes were exhausted from an intense early season workout and Coach Amaker gave them an opportunity to get a drink of water and cool down. This was my first opportunity to observe Coach Amaker, working with the entire team, and I was excited to learn from a coach who had experienced so much success prior to arriving at Harvard.

While I studied his on-the-court actions and words carefully, the phrase that I remember most vividly and which I feel best represents his approach to teaching the game, was spoken at the conclusion of practice, as he asked, “does anyone have anything to add?” Coach Amaker patiently waited and made eye contact with all the student-athletes as he repeated his words, which echoed with deep sincerity. The players did not have anything to add at the time, so he proceeded to ask the same question to all the coaches and managers. His question was not a façade; the response of all those who had participated on that day was desired.

Coach Amaker made sure to introduce me to the team at the beginning of practice. I also noticed how he gave his assistant coaches a great deal of freedom to not only speak during practice, but to run drills and important segments that head coaches often have difficulties relinquishing. This sharing of responsibilities is crucial in allowing assistant coaches to grow as teachers, and it also saves the voice of the head coach so that the most important teaching points are not lost in a droning sea of verbiage. Coach Amaker was very careful not to interrupt anyone while they were teaching the game. Like his actions towards the players and the offering he made to them, he was “showing a sign of respect” to all who would embark upon the journey which lay ahead.

“First seek to understand before seeking to be understood…I’m trying to understand what they’re feeling” as opposed to “just trying to force on them what I want.” Questions, such as “do you have anything to say?” and “how can I help you?” have shaped the dialogue between head coach and players from the earliest stages of our season. In addition to practice, the voices and opinions of the student-athletes are sought before, during, and after games, whether the result is a victory or a loss. These thoughtful probes are heard in timeouts, in pre-game, and in post-game speeches from a coach who craves the thoughts and opinions from all members of the team. Coach Amaker says that “They need to feel like they’ve been heard…that they have a chance to express themselves. I think that allows them to have more ‘respect’ because they feel that I am interested in their thoughts.”


My two years at Harvard were a formative time for me as an educator and a leader. I conducted a study called “coach-as-teacher” that explored the many parallels that exist in various learning environments, such as the classroom and team sports. I was fortunate to collaborate with two brilliant human beings, Professor Sara Lawrence-Lightfoot and Coach Tommy Amaker; both courageous leaders and innovators, as well as people of color who have shaped their respective fields of education. They helped me understand an iteration of respect that has moved beyond “the language of inhibition and constraint typical of a more old-fashioned view of respect” and “dutiful compliance” (1). Through extensive observations of students, families, schools and communities, Professor Lawrence-Lightfoot created a new framework to define and practice respect, which includes:

Prof. Lawrence-Lightfoot describes respect, rejecting a definition based on “law or habits of culture, often implying required expressions of esteem, approbation, or submission”. Rather, using her words, she focuses “on the way respect creates symmetry, empathy, and connection in all kinds of relationships, even those, such as teacher and student, doctor and patient, commonly seen as unequal. Rather than looking for respect as a given in certain relationships, I am interested in watching it develop over time. I see it not only as an expression of circumstance, history, temperament, and culture, rooted in rituals and habits, but also arising from efforts to break with routine and imagine other ways of giving and receiving trust, and in doing, creating relationships among equals.”(1)

This version of respect was a core value within my pedagogy as I went on to become a classroom teacher and head basketball coach at the high school and college levels, establishing educational spaces where participants are fully seen, able to learn together and hold each other accountable. I recognized the difference between this type of respect, allowing for the empowerment of people, and a traditional form of the concept, which is a means for control.

In order to earn respect, a coach or teacher must understand the intricate nature of the concept and possess the ability to both give and receive it. In particular, it is important to be aware of the different levels of privilege that are associated with the various identities that people show up with, which influence power dynamics. For example, as a white man, I am mindful of how my privileged identities can impact my ability to convey respect within educational environments, either lifting up or silencing others. Therefore, as a leader, I have been intentional about creating non-hierarchical learning spaces where power is shared amongst the collective, independent of social identities (i.e., race, gender, etc.) or roles within the team (i.e., coach, assistant coach, student-athlete, manager, etc.) (This article provides a framework for how I did this when I was the head coach of the men’s basketball team at Saint Michael’s College in Vermont). This has allowed for increased trust, connection and passion, and for all participants to be active learners, including facilitators. By amplifying the voices of all people who are part of a team or class, especially those that may not usually be heard, I have found there is significant potential to collectively reimagine ways of being and systems that are plagued by systemic racism, sexism, homophobia and ableism.

In 2017, before it became more accepted in sports, the Saint Michael’s College men’s basketball team took a knee together to protest police brutality and other racial injustices. We were one of the first college teams in the country to have coaches and student-athletes, from various racial and ethnic backgrounds, partake in this demonstration together. This moment was the result of a student-athlete-led movement that took place over the course of multiple years from a team that had been empowered and where respect was deeply embedded within the relational ecology of the group. Our actions were a catalyst for a local and national dialogue that has impacted our community and beyond.

If we are going to truly reimagine systems, we must move away from a divisive form of leadership and an outdated notion of respect, which has left our society in a critical and isolated state, with disconnected communities. It will be important to receive direction from a new cohort of leaders. These new leaders will need to embrace the fact that the implementation of systems that work for our most marginalized community members will benefit everyone.

This radical shift will require respect.