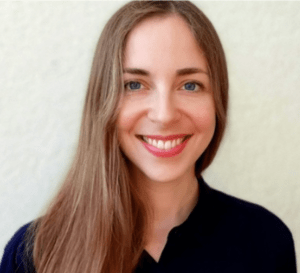 Katerina is a social anthropologist (DPhil, Oxon) and postdoctoral researcher at the ERC-funded PACT: Populism and Conspiracy Theory project at the University of Tübingen. She is also Research Affiliate at the Institute of Social and Cultural Anthropology, University of Oxford, and Associate Fellow at the Centre for Latin American and Caribbean Studies, University of London. Katerina’s work explores, among other things, questions of political and religious transformations, with a special country focus on Brazil. She has recently co-edited the volume A Horizon of (im)possibilities: A chronicle of Brazil’s conservative turn (University of London Press, 2021).

Discussing some of the conspiracy rumours and theories that circulated during the COVID-19 pandemic in Brazil, this essay explores the fear of communism as a recurrent conspiracist trope in the country’s recent history. Unlike many conspiracy theories that can be described as bottom-up and suspicious of the national government, the Brazilian case shows the opposite tendency: the strategic use of conspiracist narratives to reinforce the powers that be.

Conspiracy theories have for a long time impacted political life in Brazil. From the 1937 coup d’état and ‘Judeo-Bolshevism’ to Bolsonaro’s electoral campaign and ‘gender ideology’, new and old conspiracisms (1) have not only permeated public discourse but have also historically served specific political agendas.

Anti-communism emerges as a continuous thread when tracing the different conspiracy theories and rumours that have circulated throughout the decades. To be sure, ‘communism’ in Brazilian conspiracist narratives operates as an empty signifier which stands for anyone and anything that does not align with the anti-communists’ ideological commitments. In this way, China and Cuba are communist, but the World Health Organisation, whose recommendations during the pandemic directly opposed those of president Bolsonaro, is also communist. Historian Rodrigo Patto Sá Motta has hence emphasized the ‘intricate mixture of opportunistic manipulation and conviction’ that gives shape to anti-communism.

With COVID-19 first detected in China, coronavirus-related conspiracy theories offered a new twist on the old communist spectre. President Jair Bolsonaro, members of his cabinet, as well as a broad network of supporters and allies, all contributed to the spread of such content, which included denialism (‘this pandemic simply doesn’t exist’, affirmed the government’s ideologue and well-known conspiracy theorist, Olavo de Carvalho, who recently passed away), attacks against non-pharmaceutical interventions (such as face masks and social distancing), and anti-vaccine disinformation. For example, Former Minister of Foreign Affairs, Ernesto Araújo, while in office in April 2020, wrote a blogpost titled ‘The Communavirus is here’ in which the pandemic is part of a communist plan for world domination. Araújo took issue with Slavoj Žižek and ‘the globalist’ project of using the pandemic to install the ‘new communism’; ‘a world without nations, without freedom, without spirit, run by a central “solidary” agency in charge of surveilling and punishing’.

As a congressional panel investigating the government’s handling of the pandemic was able to establish in its final 1,200-page report, the president himself was among the principal actors in the creation and dissemination of conspiracist rumours and theories related to the pandemic. After initially dismissing the gravity of the situation accusing the press of ‘hysteria’ over the ‘little flu’, he then adopted a firm stance against prevention and in favour of the so-called herd immunity through contagion. The federal ‘strategy of dissemination of the virus’ was concretised, beyond public declarations and bodily performance (as when inciting and joining mass gatherings), in the government’s normative acts. The president used his discretionary powers to block preventive measures taken by local administrations and enable the population’s ‘return to normality’.

Besides fostering herd immunity through contagion and propagating the false belief that a COVID-19 cure was available (in the so-called early treatment, which included drugs such as chloroquine and hydroxychloroquine known to be ineffective against the coronavirus), president Bolsonaro and his administration also discredited vaccines and seriously delayed their acquisition. Among other things, Bolsonaro declared war against the governor of São Paulo, and former ally, João Doria. Raving against the acquisition of CoronaVac, the president vowed not to buy the ‘Chinese vaccine’ in the name of freedom and public health. ‘Death, disability, anomaly. This is the vaccine Doria wants to force all residents of São Paulo to take’, Bolsonaro tweeted. The ‘vaccine war’ was at the centre of unfolding political rivalries, which carried on for several months. As with populist discourse, the politics of conspiracy theories also strategically employ discursive logics to address their audiences. The specific content of such discursive strategies may vary significantly, drawing from issues relevant at a given conjuncture (in this case, vaccines during a pandemic), but the logic that structures such discourse crucially relies on an ‘us’/‘them’ binary which is politicised. However, as the vice-President, Hamilton Mourão, said in an interview, all this was nothing more than petty ‘political fighting’, and the federal government would eventually buy the CoronaVac, as it did.

Bolsonaro nonetheless continued to criticise and, at times, discredit vaccines, instilling fear and mistrust among Brazilians. From affirming that he will not get vaccinated to suggesting that vaccination side-effects may include transforming into an alligator, contracting AIDS or cancer, and having DNA alterations that would change one’s gender, the president helped disseminate a number of conspiracy rumours and theories against the vaccines. Even as late as January 2022, and as Brazilians are getting vaccinated in large numbers, the Ministry of Health defended  in an official note the use of hydroxychloroquine and attacked vaccines on the grounds of allegedly not having their efficacy proven and for being supported by big-Pharma and international medical societies.


While defending alt-science certainly has an ideological kernel, it is important to discern and acknowledge strategies of political survival, as well as financial motivations, behind the option to encourage herd immunity through contagion and to boycott vaccines and non-pharmaceutical interventions. As the abovementioned congressional panel report was able to demonstrate, electoral calculations together with ideological criteria guided the government’s responses to the pandemic. More than that, the ‘alternative science’ community and the propagators of COVID-19 related disinformation and conspiracy theories, often also enjoyed important material gains by opposing the consensus of the international medical community.

If the aim was to preserve the national economy (in a bid to ensure the government’s survival) by encouraging Brazilians to return to their everyday activities as before the pandemic (2), the strategy may have backfired. As opinion polls show, president Bolsonaro’s popularity is in free fall, struggling to maintain his ‘loyal base’ by radicalizing his discourse. On the other hand, the former president Luiz Inácio Lula da Silva, a fervent defender of the COVID-19 vaccination campaign, appears to be far outpacing Bolsonaro, and is currently the most popular presidential candidate ahead of the October 2022 elections.

The peddling of anti-communist conspiracy theories has been a key factor in gaining popular support at different moments in recent Brazilian history. This was also the case during the 2018 presidential campaign. An anti-PT and anti-communist fury was successfully channelled in favour of Bolsonaro, who for the majority of voters convincingly presented himself as the candidate who would break with the ills that ravaged national politics. Nearing the end of his first term in office, however, Bolsonaro has insistently tapped into conspiracist narratives that no longer resonate with most Brazilians. With the presidential elections fast approaching, it remains to be seen whether his message will appeal to a broader electoral base or whether it will further isolate him, attracting only his shrinking and radicalised base.