The Zen of bush weeding 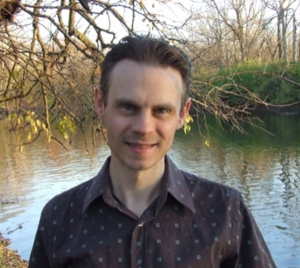 What has Zen got to do with bush weeding? I describe the efforts of volunteers to regenerate an area of bushland by the method of hand weeding, and I relate the activity of pulling up weeds in the bush to the philosophy and practice of Zen. I also claim that bush regeneration is a unique form of environmental action in that it is potentially psychologically beneficial, at the same time increasing your connection to nature.

Once a fortnight a group of us from the Cockburn Community Wildlife Corridor gather to hand weed a strip of bushland for two hours.Hand weeding bushland hardly seems like a romantic endeavour. It is hard work and the weeds can seem endless. Why do we do it? In 2017, a long strip of Whadjuk Noongar country bushland was bulldozed by the Western Australian State government to make way for the planned Roe 8 highway. The Roe 8 project has since been put on hold (hopefully for good), and the bushland has slowly come back with the help of the regeneration efforts of volunteers. Hand weeding of invasive plant species, also known as ‘The Bradley Method’, is an effective method for helping the bush to regenerate itself with minimal interference. As well as love of the bush, another reason we take up bags and breadknives for digging weeds is the general need to just do something in the face of multiple ecological crises. Taking action is in fact one of the most effective defences against hopelessness. Here I would like to talk about some of the other possible psychological benefits of bush weeding and in particular its relation to Zen.


Whether or not you have a formal meditation practice, there is something quite meditative about hand weeding. In one common meditation practice, you just follow your breath. Breath in. Breath out. Breath in. Breath out. Weeding is also a form of meditation. Dig, pull, place in bag. Dig, pull, place in bag. It is said that the essence of Zen is when eating, just eat. When working, just work. According to a Zen saying, before enlightenment you chop wood and carry water. After enlightenment you chop wood and carry water. There is something about embodied actions such as hand weeding that brings you out of your head. For a blessed period of time, thoughts and worries can recede to the background, or perhaps even slip away entirely. Being out there in the bush surrounded by life, your worries seem less important, even trivial. Why is this?

Just being in the bush itself in fact has many benefits. In Japan it is popular to practice ‘forest bathing’ or shinrin-yoku. This isn’t hiking or exercising in the forest. It is the practice of just being aware of the sights, smells and sounds of nature. The psychological benefits of immersing in nature such as reduction in stress, depression and anxiety are well supported (1). It is like coming home. Perhaps a lot of this is to do with the sheer beauty of nature. As an example from bush weeding, in between digging up gladioli, you look up at a kangaroo paw and it sometimes seems unreal. It shines with its own inner light.


Being immersed in the bush is a form of mindfulness, although it is also much more than this. It’s also a letting go of the usual barriers between yourself and nature. In the Zen tradition, when asked ‘what is your True Nature?’ it is common for Zen masters to point to clouds, mountains, rivers and bamboo (2). They are referring to our non-separation from nature. Nature immersion is a radical openness to the world. In first-person experience, no eyes, nose or ears get in the way of the trees, smell of the soil, and sound of bird calls. They are you in that very moment. At least that would be the Zen explanation for why immersion in nature is so beneficial. It is a return to your original condition of wholeness. It is to see through the illusion of separation of self and world.

You don’t need spiritual language to describe why it can be so healing to just be in the bush. It can be useful though to give it a meaning that goes beyond the common-sense perspective. It also highlights that bush immersion shouldn’t just be something we use as a de-stress pill to allow us to go back and be more effective workers and consumers, as was the case when forest bathing was developed in 1980’s Japan. Rather ideally it can actually transform your purpose, values and very sense of self.

Of course, bush weeding isn’t a walk in the park. It’s hard getting up early on the weekend. You get tired, sweaty and dirty. There are flies and prickles. It can get quite hot. Forest bathing doesn’t tend to have these drawbacks. But what forest bathing doesn’t give you is a meaningful action which also gives back to nature. You are immersed in nature when forest bathing, but  you do not participate in it.

Intellectually, we know how dependent we are on the environment (At least many of us do) Given the all-encompassing nature of the environmental crises we face, perhaps we also need to experience our non-separation from nature more directly. A common form of environmental activism involves yelling and holding placards in the streets. This is, of course, very important. But when engaging in such activities, ‘nature’ is an abstract concept. It can seem very far away. Burnout amongst activists is also a risk. By contrast, bush weeding involves actual physical connection with the land at the same time as recharging yourself. By caring for the same area of bush over a long period of time an emotional connection also grows. Yes, there are benefits to bush weeding in terms of stress reduction, but in my view, this is just one of the possible benefits of engaging in this form of activism. This isn’t how the word ‘activism’ is usually used, but surely this is what it is.

Sometimes when you see the weeds stretching off into the distance, it can seem futile. But you just keep going. Chop wood, carry water. When the two hours is over and we stop for a cup of tea, you see the bags full of weeds that we’ve collected together. But it’s not just that. If only for a short time, you are doing something which is symbiotic with the plants, insects and animals of the bush. The weeds may seem endless, but then you look up and see a bee going from flower to flower. With no thought of the future, it just goes about its task. Likewise, often you are just pulling weeds. Of course, in the order of nature, we will never be anywhere near as important as bees. But we can play a small part out there in the bush for a couple of hours a fortnight.