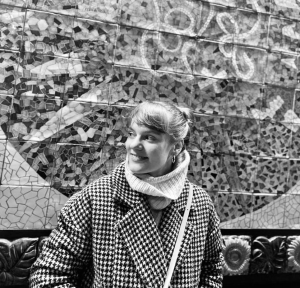 The European Union’s efforts to manage migration increasingly focus on countries in its neighbourhood and their borders. This approach is celebrated by EU policy makers for humanitarian achievements and successful border controls. However, these migration policies intervene in the often complicated local contexts of pre-existing armed conflicts and authoritarianism in third countries, which are paid only little attention in international migration negotiations. This raises the questions: how does the local context of specific borders matter in migration management and why must it be discussed in external migration negotiations?

What is considered as migration and border management of the European Union (EU) increasingly takes place in non-European states (1). This process is called externalisation, which means that the European Commission and a few individual EU member states (i.e. Germany, Spain, Italy) offer an array of incentives to third countries (i.e. finances, visa liberalisation, political support) in exchange for outsourcing humanitarian aid and border security to their territories (2). The most prominent example of such cooperation has been the EU-Turkey Agreement that promised visa liberalisation for Turkish citizens and offered a six-billion-euro aid package for refugees in Turkey. This support added to the funds that Turkey, an EU member candidate, has been receiving within the EU pre-accession assistance – the means by which the EU supports reforms in the enlargement region (countries that aspire to join the EU) with funds and technical support. These measures also contribute to migration controls and turn non-EU countries into buffer states in order to stop “irregular migration” to Europe. The EU-led agreements with third countries for migration and border management have included countries in the EU’s close neighbourhood, including Serbia, Bosnia-Herzegovina (3) and Libya (4), as well as more distant states in the Sahel (5), among other locations.

Policy makers often view the externalisation agreements as a successful model for halting cross-border crimes of human smuggling and irregular migration into the EU. However, such an approach withdraws diverse displaced people from legal and safe passages and pushes migration towards irregular and dangerous routes. This has been the case mainly for people fleeing the Middle East, Africa and Asia, whose culture and face colour increased their vulnerability to being treated as “irregular migrants” not welcome in Europe, in contrast to European refugees (i.e., Ukraine). As a result, those hindered from legal and safe cross-border passages often travel for months or years on foot, hidden in truck compartments, or on small dinghies with smugglers, hoping to apply for asylum upon their arrival in the EU. Yet, these journeys are often violently deterred, as externalisation agreements support border infrastructure that deploys push-backs. This means that EU border authorities (Greece, Croatia, Hungary) and border agencies (Frontex) deny them asylum procedures and force them back across the border often with the use of violence. Eventually, non-EU states are re-delegated the major responsibility over refugees via formally negotiated externalisation agreements as well as informal and violent measures that these agreements generate on the ground. Turkey is the prominent example of this, currently hosting the largest refugee population worldwide of 3.7 million.

While non-EU states are viewed as key partners in aid provision for refugees and performing border surveillance on behalf of the EU, they are simultaneously often considered as problematic by the European Commission due to their punitive domestic governance. EU officials criticise some of their partners for policies that go against European self-identified values: human dignity, freedom, democracy, human rights, rule of law and equality.

This has been the case for the EU’s key migration partner, Turkey. Since the 2016 military coup attempt, President Erdoğan began cleansing the country of all people labelled as “terrorists”, arresting thousands of civilians in public posts and launching military offensives in the south-east of Turkey against all those assumed to be affiliated with the Kurdistan Workers’ Party (PKK) (6). While the PKK strives for the autonomy of Kurds in Turkey, Ankara perceives the organisation as an existential threat to its territorial autonomy and it is included on Turkey’s as well as the EU’s terrorist list. The situation on the ground is complex and both sides have been accused of severe human rights violations and killings of civilians.

The European Commission acknowledged that anti-terror measures by Turkey’s security forces did not only lead to fighting against terrorists but also to alleged instances of torture, ill-treatment, arbitrary arrests, and procedural rights violations of civilians in prisons and police and gendarmerie establishments. This critique underlines the Commission’s position as liberal and democratic, positioning the EU as a normative leader guiding its neighbourhood towards the path of democratisation. Simultaneously, the Commission’s critique of human rights violations reinforces Turkey’s role as an unstable country in need of EU guidance. The EU’s commitment to its values and diffusion of its normative power are challenged daily in totalitarian states and conflict zones, where border militarisation is indirectly supported via EU funds and equipment aiming solely to halt migration. European policy makers commonly prioritise stopping irregular migration over considering the local security issues at external borders and developing independent monitoring of whether EU funds are spent in line with human rights. For example, Turkey received EU support to deter migration towards Europe along its eastern border with Iran, including finances for border wall construction, surveillance equipment, and training of border guards (7). However, these measures take place in the shadow of the ruling Justice and Development Party’s (AKP) hard-line counterterrorism approach that is in force at the Iran-Turkey border to prevent cross-border movement of PKK militias from Iran and Iraq. In the case of south-eastern Turkey, security forces decide how border controls are enforced on the ground in line with their domestic security and political priorities, principally counterterrorism.

Impact of migration management on people living at and crossing borders

But what do these often-heated political games and (mis-)cooperation among the EU and its partners mean for people who are subjected to these policies – migrants – as well as those who just happened to live around external border zones – local residents? This question gains more importance due to international migration cooperation that increasingly transforms borders for diverse populations who do not enjoy free cross-border movement, and therefore, travel without authorisation: people escaping or living in conflict and economic precarities, as I encountered during my eight months long research in Turkey.

Kurds living in Eastern Turkey commonly stressed how they oversaw border wall constructions and surveillance technology being employed due to the EU-AKP migration collaboration at the Iran-Turkey border. These measures increased border surveillance capacity for units whose members were accused of numerous human rights violations, including arbitrary arrests, torture and killing of civilians within the so-called fight against terrorism in the region (6).

The border also became more dangerous to cross for people on the move from Afghanistan, among other countries, many of whom wished to seek protection either in Turkey or Europe. Upon arrival in Turkey, people have the right to apply for international protection if they are non-Syrian and non-European nationals or for temporary protection in the case of Syrian nationals, according to the Law on Foreigners and International Protection. However, border patrols often hinder people in such procedures. A majority of Afghans were said to be subjected to push-backs by Turkish security patrols to Iran, practices that have been encountered in the region since border controls against migrants increased after the 2016 EU-Turkey Agreement (7).
This demonstrates that migration controls make cross-border passages for migrants more dangerous. Simultaneously, these measures intervene in the pre-existing militarised contexts in third states, towards which migration controls are externalised. As a result, externalisation produces side-effects; it indirectly supports authoritarian governments in reproducing their national securitised policies, in exchange for halting migration to Europe. Turkey is not an isolated case of how externalisation delegates more insecurity to migrants and residents in third countries. Similar problems have been observed in Libya, Egypt and Niger where local actors used EU support for migration controls for their military technology. Consequently, externalisation to these states contributed to increased domestic tensions and pushed local residents to flee (4, 5).

While EU funds and efforts aim to improve access to accommodation, healthcare, education, and job opportunities for some refugees in non-EU countries, they simultaneously produce violence against different populations who flee across external borders or live around them. Local histories and security concerns must be brought to the centre of international migration negotiations in order to prevent the harms to refugees of externalised migration controls, as well as their side-effects on local residents. The EU’s agreements with their partners also need to work towards robust and systematic monitoring efforts to prevent third countries abusing EU assistance to bolster their own authoritarian politics.