The wild, the malevolent, and the American religious hustle 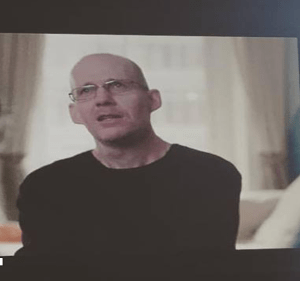 Jason is a professor in the Department of Philosophy and Religious Studies at North Carolina State University. He is a specialist in the religions of the United States, particularly the intersection of religions and politics since 1900.

The combustible nature of American religion is usually interpreted as the result of “Christian nationalism” or the triumph of evangelical morality in public life. This piece argues instead that these developments are symptomatic of a larger decline in the basic structures and norms on which democracies rely.

Seen from abroad, America’s furies regularly present themselves through religion. Whether through popular paramilitary groups, or deflections from ongoing racism, American politics is regularly expressed through the idioms of intractable faith. Since the 1960s, as economic inequality, inattention to climate change, and restrictions on both voting access and reproductive rights have deepened, far right Christian conservatism has increasingly come to define the conversation about religion in general. Yet as the tension keeps ratcheting up, it is fair to question assumptions about why these developments have progressed so steadily since the 1960s.

In general, the United States has long been distinct for the vigor and abundance of its religions, well into a historical era when most wealthy, North Atlantic democracies have grown steadily less religious. What is more, American religions have consistently sought to transform the world, in ways utopian, metaphysical, apocalyptic, or reformist. Yet they have not always been as acrimonious as they have been of late. True, in the early nineteenth century, the vituperations found in religious pamphlets or at revivals would find a home on Twitter. The apocalyptic furies around the Civil War or the prophetic thunderbolts hurled at a Prohibition-era Billy Sunday revival were suffused with a doom recognizable to contemporary observers. But why, after the galvanizing mid-twentieth century liberation movements, the expansion of rights, the decline of the Cold War, and the increasing access to information, should religion have become so militant and divisive?

It is widely known that, following World War Two, Christian conservatives in the United States were more active in evangelizing activities – developing educational organizations, promoting revivals, and cultivating their own media – than in the electoral process, protest movements, or explicit policy debate. While national organizations like the National Association of Evangelicals and the American Council of Christian Churches continued to promote particular religious conceptions of citizenship, consider that until the late 1970s it was the position of the Southern Baptist Convention that religion and politics ought to remain distinct, for the benefit of both.

Beginning in the 1960s, though, a sharp sense of political urgency began to emerge in public commentaries by evangelicals. Since the Supreme Court’s 1954 Brown v. Board of Education ruling against segregation in public schools, anxiety about participation in public institutions has been steadily growing, not just in the southern states but in heavily conservative areas of the Sun Belt as well. After the Civil Right Act, the 1965 lifting of immigration quotas, the rise of the counterculture (and, with it, the anti-Vietnam and the feminist movements), several Supreme Court decisions authorizing secular education, and the “sexual revolution,” conservative Christians began to work across denominational lines to pressure politicians on issues of morality and policy alike.

The story is well known, especially for its intensification after the 1973 Roe v. Wade decision and for the national political organizations (like the Moral Majority) emerging in the late 1970s. But while much of the public rhetoric tended to lament cultural decline, it was accompanied, significantly, by the rhetoric of pushing back, of being fed up with elites, of sticking to your guns. During a decade of profound political disenchantment and the exhaustion of liberal hopes, considerable attention was paid to new religious movements and the pleasures of the self. In terms of locating explanations for the present, though, the 1970s marked the beginning of a long process that has steadily undermined American democracy, by transforming politics into a performance of outrage rather than deliberation and structural reform.

Religion’s role in these developments is complicated, often ascribed to the militancy of conservative evangelicalism or the emergence of so-called Christian nationalism. My sense is that these movements are both symptomatic of larger processes of political decline and distractions from them. In other words, it is not simply that in the 1970s large groups of conservative Christians began more militantly to politicize issues of sexual morality and school curricula. Nor is it only that these issues helped consolidate a new hard-right voting bloc.

They are, despite the furies they provoke, extremely effective excuses for avoiding ambivalences Americans have about democracy itself.


I am not suggesting that most religious Americans are self-conscious in this avoidance, nor that they are mere dupes. But developments in politics and history have rendered the scale of politics so vast, and institutions so inaccessible, that for many it is more compelling to argue over ideas and issues far removed from the structural decay and ongoing injustices that actually place democracy under threat. Christian conservatism, while it contains many different sub-identities, is unrelenting in its allegations that changes to law, curriculum, political symbolism, or discourse are deviations from true history and salvation. This partly accounts for the alarming rise in demonological rhetoric in recent decades, as the heated portrayals of others as enemies is the necessary accompaniment to the fevered protestation that comfortable white men are actually victims. Indeed, owing additionally to the omnipresence of social media and to disparities in social capital, we see similar polarization at work in Europe, Asia, and South America as well.

One might reasonably wonder if America’s religious left shares these convulsions. Religious leftists have consistently published, organized, and protested against warfare, racism, sexism, homophobia, detaining migrants at the border, and against widening economic inequalities. When one does encounter anger or prophetic rage, as with a figure like Reverend William Barber, these are generally directed against systemic factors or against those individuals who work to impede democratic equality. Their assemblies in America’s streets contrasts markedly with the assemblage of the American far right, which has taken up the older cudgels of Christian conservatives – abortion, moral “decency,” the alleged Christian character of American history – and aligned themselves with a Republican Party increasingly comfortable with conspiracy theory, speech sanctioning violence, and undermining basic norms and institutions. Because of the larger disorganization of the American left, a condition reflected in the religious left too, little has undermined the hold of such visions and their well-funded beneficiaries.

For while America’s democratic decline has been documented by international observers, entrenched political parties benefit from maintaining the status quo. Faced with such challenges, debates about critical race theory or the latest oddity from Q-Anon hardly seem to match the urgency of the moment. Perhaps it is because Americans feel they are left with few options for meaningful participation or structural change that an increasing number of religious actors in public life seek satisfaction via revenge (“owning the libs”) or undermining the smooth operation of institutional life.

These are not conditions favorable to the incremental work and faith in procedure that democracy requires. The rancor of America’s last half century, though it has deepened over time, has not helped repair any of American democracy’s broken fundaments. To focus only on particular issues, even ones as important as reproductive rights, thus misses the way that obsession with religious spectacle has thickened the fog of Americans’ self-regard, distracting us from what justice and democracy demand from citizens. As the boundaries separating the spheres of market, state, and private life grow ever fainter, American politics would be better served not by weighing in on particular religious conflagrations but by asking what makes them so appealing.

As I argue in Embattled America (1), such conflagrations are what remain for us when confronted with narrowing options, indeed with the likelihood of failure. The politics of religious outrage continually loops back on itself while the social safety net is further slashed, trillions are spent on overseas military ventures, and authoritarianism extends its reach. This marks the refusal of reform in favor of mood as the primary medium of interaction.

This condition is unsustainable. While religious activism continues in many different forms, it appears often unable to contain the ascendance of unreality over the political, where a major political party encourages its supporters to inveigh against things that palpably do not exist, from teachers accused of being Furries to mosquitoes making Americans allergic to beef. In this fervid, fear-soaked imaginary, tolerance is renamed as assault, shared norms and procedures as evidence of a rigged game. What this leaves America with is a public sphere in which the language of blame and outrage is the chief medium for acquiring social capital.

To reclaim a more productive public life, Americans might benefit from contesting the conventional wisdom – echoing in popular entertainment and public discourse alike – that politics is for suckers and con artists. It is understandable if citizens feel overwhelmed by the magnitude of the system and the difficulty of change. But if Americans cannot find a way to change the subject from clickbait outrage to the political process itself, political decline will deepen possibly past the point of repair.