Visions of reality: the problem of experience in science 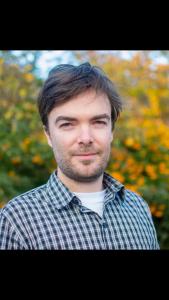 Scientific discovery is grounded in our experience. But is there something about our experience that is not quantifiable? This article explores the history of the debate surrounding the compatibility of lived experience with scientific data. How the different visions of reality presented in these debates are balanced in our culture will affect the very way that life itself is lived and understood.

Through time, science has become the dominant method used to study reality. It is based on the empirical method, which begins from our sensations and applies to them clear, logical principles in the form of quantifiable data, allowing us to break down complex ideas and perform scientific research. Science relies on a philosophical separation of reality between the ‘subjective’ (dependent on the person experiencing it), which must be eliminated from scientific work to avoid bias, and the ‘objective’ (independent of our human perception of it), the focus of scientific research. Human experience itself however, in which the empirical method is ultimately grounded, presents a dilemma to science as it is not neatly broken down into quantifiable data.

The desire to explain all of our existence in quantifiable terms is nothing new. The work De Rerum Natura by the Roman poet Lucretius is the only remaining complete work of Epicurean materialist philosophy, written in the 1st century BC. It proposes a ‘soul’ to represent our vital and intellectual aspects, which like all other aspects of reality is said to consist of atoms, more fine-grained than those of the body. Although its atomism turned out to be scientifically correct, the work is an early example of the problems of fitting a materialist philosophy to each aspect of existence. This can be seen in the way our dreams and nightmares are described poetically (but incorrectly) by Lucretius, as sheets of atoms that travel through the external world and strike us physically (1).

During the rise of modern science in Europe from the 16th century, our experience was primarily understood as part of our eternal, immaterial nature defined by the Christian concept of the ‘soul’. This separated us from animals, which for some philosophers like René Descartes were no different to machines (2). However, Charles Darwin’s On the Origin of Species (1859), which put forward his theory of evolution, tied our nature right back into the material context of the animal kingdom.

Following Darwin, groundbreaking scientific discoveries in later decades led to the empirical method claiming more authority over topics relevant to our experience, such as time. A key moment was the 1922 debate in Paris between physicist Albert Einstein and philosopher Henri Bergson. It grew out of the great success of Einstein’s theory of relativity, where he claimed that the t– representing time – in his equations had a physical basis, relative to how close one was travelling to the speed of light. Einstein radically claimed that only physical time existed: for him, clocks alone described how time advances. Bergson countered that time had to be understood as a dimension of the way we experience reality. The debate became a battle over who got to define what time really was: scientists or philosophers? For Einstein, what Bergson referred to was ‘only’ subjective; the time described in his equations on the other hand was objective data (3).


Bergson’s philosophy, linked with the idea that an élan vital or “life force” is present in the universe, has not aged well. Because he argued from the point of view of subjective experience, his arguments were criticised for being irrational. Meanwhile, another philosophical school focusing on experience was growing in early 20th century Germany, called phenomenology. Instead of forming questions starting from the objective world like science, the phenomenological method excludes everything other than pure experience and seeks to describe the structure of experience itself.

Edmund Husserl studied the experiential premises upon which science is based, taking care to keep his work on subjective experience separate from the objective world of science. His student Martin Heidegger went further and attempted to think beyond the subjective-objective divide. His major work Being and Time (1927) claimed that experience, instead of being internal, was existentially bound up with our ‘being-in-the-world’, where practical living is ontologically prior to considering objects intellectually (4). In simple terms, this means that our ability to think (and hence carry out scientific work) itself originates from our practical engagement with the world. For Heidegger, understanding ‘reality’ had to begin from this point. His philosophy aimed to transcend the disagreement of Bergson and Einstein and provide a philosophical context for both science and experience.

In the following decades, the importance of philosophical thought in a scientific age was strongly questioned. More modern theories describing the deadlock between empiricism and experience include the Hard Problem of Consciousness, first proposed by David Chalmers in 1995. He sorted consciousness into two parts: the ‘soft’ aspects open to scientific study, such as the processing of sight and sound by the brain, and ‘hard’ direct, personal experience inaccessible to science. For Chalmers, ‘experience is information from the inside; physics is information from the outside’. Mathematical physicist Sir Roger Penrose has used quantum principles, where the act of measuring the data appears to influence the outcome of the data itself, to support the Hard Problem. However, others like philosopher Daniel Dennett reject this theory for an eliminative materialist worldview, where all our experience is proposed to be no more than illusions created by the brain.

In summary, the relationship between the material world accessible through empirical study and our personal experience of it, which Lucretius elegantly but incompletely tried to bring into harmony over two millennia ago, remains unresolved. Attempts to ground our thinking in anything other than statements confirmable by empirical observation are often thought to be relativistic and affected by bias. On the opposing front, for Heidegger “science confronts lived experience so starkly that it leads to a spike in the ‘irrational’ as a consequence” (5). In other words, the scientific viewpoint may feel so distant from lived reality, that its cultural dominance may lead to a distaste for it and even a dangerous rejection of its findings.

Einstein himself eventually confessed that the justification of the scientific attitude lay in its usefulness, as a ‘necessary metaphysical sin’ without which we could not bring knowledge forward (3). However, science at the very least has shown that our experience, including our intellect and time itself, is tightly tangled up with the ‘objective world’ of empirical data.

With no clear answers, how people interpret the debates presented in this article paints a picture of their personalities: from the one extreme of a fact-driven, prickly vision of the universe, to the other extreme of a holistic, poetic vision valuing the richness of experience over a more scientific approach. How these visions blend together, both within cultures and in individuals, will shape the course of our future.