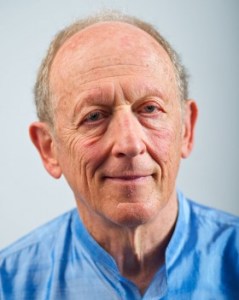 Daniel is Professor of Russian and Eurasian Studies at the University of Washington, Henry Jackson School of International Studies. He has authored books about social change, ethnic and nationalist conflicts, Eastern Europe, and tyranny.

Peaceful protests in liberal Seattle against American police racism have also produced violence. Radical leftists have used the situation to get the City Council to defund the police, which has pushed the reformist police chief, an African-American woman, into resignation. The liberal Mayor has been harassed by these radicals. Historically extremists in revolutionary situations have often outmaneuvered liberals, leading to catastrophes. In America, if this continues it will not be the left but the radical right that will most benefit.

Seattle, in the state of Washington, has recently been in the news. It is the home of Microsoft, Amazon, Starbucks, and many biotech firms. Seattle also has the University of Washington, a huge research university that has, among other things, one of the world’s best medical schools, leading climate and oceanic research centers, and a world-class computer science group. In Seattle’s suburbs there are the largest Boeing assembly plants, and it is where Boeing got its start. Until recently, when Seattle was in national and international news, it was because of these attributes, and also because it was viewed a one of the most successful, wealthy large urban areas in the world. The latest news is very different.

Since the eruption of Black Lives Matter protests, Seattle has had some of the largest protest movements, demanding police reform to stop the demonstrably racist harassment, arrests, and killings of African-Americans throughout the United States. There was some violence, destruction of property, and looting, but that is not representative of the large majority of protesters. Furthermore, some of the violence was provoked by men who came to confront and block the protesters, while other cases were by self-proclaimed “anarchists.” The violence was limited to a small part of the Capitol Hill area (where I live) and also to areas downtown, where businesses were broken into and looted. Fires were set and a police station was forced to close, as it was invaded and damaged. There were also a few cases of murder. Nevertheless, the city was never overcome or controlled by anarchists, as President Trump claimed, though what happened was bad enough to give an impression that the large, mostly peaceful, and legitimate protests were overshadowed by the unjustified violence. The American Justice Department labelled Seattle one of three cities so much under the control of “anarchists” that it should be cut off from Federal aid. The others are Portland, Oregon (Seattle’s Pacific Northwest neighbor), and New York. It should be said that Portland has been more violent, in part because it has also had more far right armed militia who have come into the city to fight against the protesters.

As far as I know, from what I have seen in local news reports and the proliferation of Black Lives Matter signs in windows, doors, and yards of residences in my neighborhood, most people in Seattle approve of the Black Lives Matter protests, but not at all of the violence. Nevertheless, what is happening is a symptom of something very serious, alarming, and the precursor of worse things to come.

Not only Seattle, but also other parts of the United States are drifting toward what could be a revolutionary moment. It is not just the exposure to persistent racism that has always been present, but a host of problems that have accumulated over decades without being properly addressed. These are well-known: increasing economic inequality, a grossly inefficient health care system, lack of attention to climate change, failure to deal with the uncontrolled proliferation of guns, outdated immigration laws, increasingly common popular distrust of science due in large part to inadequate primary and secondary school education, and an antiquated electoral system that gives a disproportionate amount of power to less urbanized, more conservative, more Republican parts of the country. The key point is that those less populated, more religious, but also less well-educated areas are hostile to the more dynamic, more urbanized places where almost all of the drivers of economic innovation are located. Furthermore, those dynamic areas tend to be more liberal. The greater Seattle area, one of the most economically dynamic in the United States, has enough people so that its left of center politics dominates the state of Washington, though the rest of the state resents this and remains steadfastly on the right.

At first Seattle’s Mayor, a left of center Democrat who is an openly gay woman, approved of the demonstrations. She was slow to understand that there were going to be provocateurs who would deliberately stoke violence.  The irony is that exactly the same thing happened in 1999 when the World Trade Organization meetings in Seattle erupted in protest that became violent while another well-meaning Democratic Mayor failed to react soon enough. This time it all went further.

Seattle’s far left supporters, who are a minority within the city and larger area, but are generally younger, more active, and highly mobilized, have long disliked the moderately leftist liberalism that has long prevailed in the city because it is insufficiently radical. By turning out their supporters in local elections that have smaller numbers of people voting, these radicals have managed to elect some of the representatives to the City Council. These radicals have always had in mind changes that go far beyond any sort of liberalism. They saw the recent outbursts of justified protest as an opportunity to push their agenda.


Radicals led by a self-proclaimed socialist member of the City Council who believes that capitalism is racism, and wanted to show that they supported the protests, decided to back a major defunding of the Seattle police. This was meant to show solidarity with the legitimate Black Lives Matter movement. But as disorder broke out, the Mayor and Police chief, who was an African-American woman appointed earlier to carry out reforms, said the demanded 50% budget reduction was going much too far. It would leave the city defenseless against criminal activities and disorder. The Mayor directed the police to limit the damage being done on Capitol Hill and downtown. The leader of the radicals on the City Council then led demonstrators to harass the Mayor and Police Chief, break into official buildings, and demand that the Mayor be recalled. The Council approved drastically cutting the Police Chief’s salary and enact the cut. This would have entailed firing many, with the newest minority hires recruited by the Chief to diversify the force being the first to go. Angry, the Chief resigned. The fact was that the ultimate goal of the radicals went much further than reforming the police; it was no less than curbing the power of business in favor of some poorly defined anti-capitalist communal ideal.

The new interim police chief is a Hispanic man who has publicly said that he disagrees with the defunding and that if it is carried out the police will no longer be able to maintain order as it should. Meanwhile, in the downtown area that had been thriving before COVID-19, the combination of the lockdown and the violent looting has driven many small businesses to close permanently. Larger ones are starting to move out of downtown. There is no need to worry about the future of Amazon or other large businesses who have been targeted by the radicals, as they can easily move their jobs to other places, so it is only smaller, local, and less-mobile enterprises that used to provide essential jobs and services that will vanish.

Without wishing to exaggerate, it is evident that in its smaller, local way, what has happened in Seattle is similar to a long-standing historical pattern. When revolutions break out, determined radicals, who are far from representing the majority, outmaneuver more moderate reformers who think of the radicals as allies until they realize they themselves are despised by them. The moderate liberals of the French Revolution such as Lafayette or Condorcet, and even the radicals who counseled moderation such as Georges Danton, were ultimately exiled or executed. The pattern was the same in the Russian Revolution when Lenin and Trotsky totally outmaneuvered Kerensky, and more recently with the Iranian Revolution of 1979 where more moderate anti-Shah forces were completely outplayed by the radical clerics and suffered the same fate. (1)

Of course, in Seattle the tumbrils are not rumbling through the streets toward the guillotine, and in fact, the far left can only badly damage a few already liberal cities. Rather, the main reason that the United States faces very difficult times is because it is unable to fix its growing list of problems. But if a revolutionary mood spreads, as it already has in large parts of the country that are more conservative, the national winners will ultimately be the far right. In fact, the radical left’s excesses have the real potential of creating the kind of reaction that brought Mussolini to power in 1922, and Hitler in 1933. Such a danger cannot be taken lightly. In the early 1930s German communists were as eager to provoke violent demonstrations as the Nazis in the mistaken belief that bringing down the rather conservative but democratic Weimar system would benefit them. Moderate social democrats were called “social fascists.” By the time the communists realized they were helping those who would exterminate them, it was too late. The same thing also happened to the leading conservatives who brought Hitler to power thinking they could control him. They found out that putting radicals in power is far more dangerous than finding allies with whom they have some disagreements but who are politically more moderate. (2)

The United States is not there yet. Seattle’s moderate liberal majority may yet reassert itself. Donald Trump is not Hitler, and Senator Mitch McConnell is not Franz von Papen, despite some rather alarming parallels. History does not really repeat itself, though some patterns do. Many of the most dramatic revolutionary events in history have started out as crises that could have been handled with timely moderate reforms, but when these failed to materialize the door was opened to extreme radicals on the left and right.

Five years ago, anyone claiming that the United States was in such dire trouble and could be facing serious, destabilizing internal violence, would have been deemed foolish. I wish this were still the case, but unfortunately, it is not, and what is happening in my city shows that the danger is real.