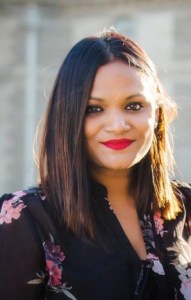 Deepa is an experienced multilingual Journalist with a demonstrated history of working in broadcast, print and online newsrooms. She is currently pursuing a Master’s degree in Media and International Conflict at University College Dublin - with focus on Foreign Policy & Media, Cybersecurity and Global Politics, New Media and Public Diplomacy.

Three months after the Taliban’s lightning takeover of Kabul, women are yet to return to work, girls in grades 7-12 are banned from schools and millions face a harsh winter as global agencies begin to report cases of malnutrition, starvation and lack of medical support. The Taliban’s policies on women’s rights mirror the hardline restrictions of its previous period of rule from 1996-2001. With at least half of the population being female, these policies are worsening the healthcare sector in Afghanistan as many women doctors are yet to resume work. We spoke to a Gynaecologist-Obstetrician from a Kabul hospital who narrates how thousands are being denied medical care and at risk of death.

“I was at home on Sunday when the Taliban took over the capital” recollected Dr. Muska, a Gynaecologist-Obstetrician from a Kabul-based hospital. “It was a regular day off. When I heard about it, I immediately feared for my country and the future of my daughter”.

After the quick fall of provinces in Afghanistan, the Taliban’s second period of rule began on August 15, when the capital Kabul fell without a fight. Within days, girls from grades 7-12 were banned from schools, and women were stopped from returning to work across the country. One of them was Dr. Muska, who has been a practicing medical doctor for over 14 years.

She received a message from the hospital administration that, until further notice, she must not return. “I was told to stay home at least for five weeks and the reason cited was budget issues that didn’t allow staff to return in full capacity,” Dr. Muska revealed.

Women in Kabul, Darst-e-Barchi and various other provinces came out to protest for their rights. However, multiple reports reveal that they were met with violence and dispersed by Taliban fighters by force. Some of these women were beaten on camera and were threatened with guns to stop the demonstrations. However, nine weeks later, the Taliban is yet to “allow” them to restart their jobs and education.

The Taliban’s hardline policies and repercussions for public health

Kabul University’s female students were banned from attending classes in September and more than half of the staff protested against the appointment of Mohammed Ashraf Ghairat as the new Chancellor. The appointment of “officials” sympathetic to the Taliban has reignited fears of the 90s when women’s rights took a major setback. Not only did the suppression of women’s rights affect their right to freedom but also led to rise in maternal mortality rate. The United Nations Population Fund reported that by the end of Taliban’s rule in 2002, “for every 100,000 births, some 1600 women died from causes related to childbirth or pregnancy.”

The Taliban’s hostility to women’s education and employment doesn’t just hold back women from achieving their career potential – it has dire consequences for the entire Afghan population. One of the biggest concerns expressed by human rights activists was the growing pressure on the health sector as medical supplies are limited, flights are grounded and borders closed. “We are already running out of supplies. According to a United Nations report on September 22, the health sector is on the “brink of collapse.” The situation is getting worse as we are forced to turn back patients and only admit the ones who need emergency surgeries,” explains Dr. Muska.


After five weeks of being locked up inside her home, Dr. Muska was one of the few Afghan women who could return to work. She told Culturico that most of the staff have still not returned as there is no money to pay their salaries. She hasn’t been paid since the Taliban takeover. The hospital is funded by an EU country and the lack of aid has put a dent in the health sector that is struggling to cope with the growing cases of malnutrition among children, complications during pregnancy, and treatment of victims of violence.

“Some of the medical equipment needs repair. We are running out of oxygen cylinders and have turned back hundreds of patients. If international help doesn’t arrive soon, we will, unfortunately, see thousands dead,” said Dr. Muska. She stressed the importance of the international aid that was contributing to running the hospitals at optimum capacity. She added that before the Taliban took over, the hospitals were giving away free medicines to families, especially below the poverty line. However, they’ve run out of stock and are still waiting for more to be imported.

Being a woman commuting to work every day has left Dr. Muska terrified of passing the Taliban checkpoints. Many of the women I have spoken with since the fall of Kabul have revealed that at the checkpoints, the Taliban are checking if they are accompanied by male guardians. They are also checking women’s smartphones, the height of their heels, and nail polish. A teacher from the Ghazni province who was traveling in a taxi to withdraw cash from the bank was stopped and checked. She revealed that the Taliban fighters thrashed the taxi driver, and she had to run for her life.

Many such incidents have come to light in the past two months. In the latest, a foreign journalist who was covering the women’s protest in Kabul on October 21 was beaten and chased by a Taliban fighter.

Speaking about her experience of commuting to work, Dr. Muska says “the foot soldiers do not know that some women doctors have been allowed to get back to work. I fear every day that like many other women, they will attack me. Not just me, but many other women employees are concerned about the same.”

I asked Dr. Muska about the current situation and challenges faced in the maternity ward. “The maternity ward is reeling under pressure. We are carefully adjusting the usage of supplies based on the extent of pregnancy complications, case by case. Adding to this is the violence these women are being subjected to at home. Many deaths have been registered among pregnant women due to the carelessness of families and lack of medical support.”

On May 12, 2020, Kabul’s Darst-e-Barchi hospital, supported by Medecins Sans Frontiers (MSF) was attacked by gunmen who claimed 24 lives. MSF withdrew from the maternity ward and to this day they have not been able to restart their work at the hospital. The fear still lingers among doctors like Dr. Muska, who has been working at an internationally funded hospital each day, as she goes to work.

Dr. Muska’s daughter is in grade seven and has been banned from attending school, and Dr. Muska now fears for her future. “Having had access to medical school and studying gynecology and Obstetrics, I truly fear for my daughter’s future. As an educated woman and a mother, I’m heartbroken beyond words,” she added. “To top this tragic situation, my husband was a doctor for the security forces and I fear for his well-being when I hear about the threats former security forces are facing.”

In a country with a female population of 48.3%, the future for half of the nation is left in the hands of the Taliban which gained a notorious reputation for suppressing women’s rights during the first period of Taliban rule from 1996-2001. The nightmare for the Afghan women has returned as they fight for their right to study, work and live freely.

Concluding our conversation, Dr. Muska appealed to the world, “Please help the hospitals in Afghanistan with equipment, medicines, and aid so we can save the lives of our people.”