The Law on the Indigenous Peoples of Ukraine. What does it bring to national minorities? 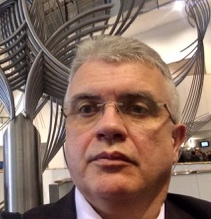 Valery is Chairman of the Expert Board of the European International Tolerance Centre in Riga, President of the European Centre for Democracy Development, Director of the Center for Extremism and Radicalism Studies at the Moscow Economical Institute, Senior Fellow of the Center for Analysis of the Radical Right in London, and Professor of the Moscow State Academy of Maimonides and Moscow Institute of Psychoanalysis. He is an expert and analyst in comparative and motivational Analysis of Xenophobia and Radicalism in Europe.

The article deals with a new Ukrainian law – the Law “On the Indigenous Peoples of Ukraine”, which was adopted in July 2021. The law guaranteed unprecedented support for these National minorities, including protection from any form of discrimination and the right of education on their own language. However, unexpectedly, only three peoples of multinational Ukraine were declared indigenous, and most of them do not live in the territory under Kyiv’s control. Crimean Tatars live mainly in Crimea, and Krymchaks and Karaites – in Israel. Why did President Zelensky need this law and how will it affect the country’s interethnic relations?

On 22 July 2021, President Zelenski signed the Law on Indigenous Peoples of Ukraine. The law defines indigenous people, fixes which peoples are recognised as indigenous and what benefits they receive in the cultural, educational, informational and political spheres.

It should be said at the outset that the Ukrainian legislator took the text of the UN Declaration on the Rights of Indigenous Peoples as a basis. However, there are some points that are original. First of all, it concerns the definition of the indigenous peoples itself. According to the new law, the indigenous peoples of Ukraine are “an autochthonous ethnic community, which was formed on the territory of Ukraine, is a bearer of a distinctive language and culture, has traditional, social, cultural or representative bodies, self- identifying as an indigenous people of Ukraine, constitutes an ethnic minority within its population and has no statehood outside of Ukraine”. This definition is the Ukrainian legislator’s know-how, since neither the UN Declaration nor the 1993 Vienna Declaration and Programme of Action of the UN World Conference on Human Rights, to which the law refers, define indigenous people.

There is no universally recognised definition of ‘indigenous peoples’ in international law at all. There is only a working Definition formulated by the UN Special Rapporteur on Discrimination against Indigenous Peoples, Jose Martinez-Cobo, in 1986. It defines them as those “Indigenous communities, peoples and nations …which, having a historical continuity with pre-invasion and pre-colonial societies that developed on their territories, consider themselves distinct from other sectors of the societies now prevailing in those territories, or parts of them. They form at present non-dominant sectors of society and are determined to preserve, develop and transmit to future generations their ancestral territories, and their ethnic identity, as the basis of their continued existence as peoples, in accordance with their own cultural patterns, social institutions and legal systems”. However, the working definition stresses that “on an individual basis, an indigenous person is one who belongs to these indigenous peoples through self-identification as indigenous (group consciousness) and is recognized and accepted by the group as one of its members (acceptance by the group). This preserves for these communities the sovereign right and power to decide who belongs to them, without external interference.”

As we can see, the UN working definition is based on the assumption that indigenous peoples are primarily those who have been colonised or occupied in the past. The Ukrainian definition emphasises culture, identity, the existence of representative bodies and the absence of their own state entity outside the country. Regarding cultural identity, not only the UN Declaration but also other international human rights instruments, as well as the laws of many countries around the world, have guaranteed indigenous peoples this right. Finnish law, for example, emphasises this point with regard to the Sami people. But the absence of state entities outside the country as a precondition for belonging to an indigenous people is absolutely new. This crosses off the list all irredenta, of which there have been quite a few since the collapse of the USSR.

Arguably only Latvia in 2012 at the level of the Ministry of Culture adopted the so-called “Basic Guidelines of the Civil Society Identity and Integration Policy”, where in the first section (Introduction) it gave only “nation”, as opposed to “people”, the right to have their own nation state. Ukraine, perhaps as part of this precedent, has denied such a right to indigenous peoples. On the other hand, by taking this step, it has denied the rights of indigenous peoples to a number of ethnic groups, such as Poles, Bulgarians, Greeks, Romanians and Moldovans, Jews and, of course, Russians, who accounted for 17.3% of the country’s population according to the last census (2001).


What are these rights guaranteed to the indigenous peoples of Ukraine under the new Law?

The first is the funding of their representative bodies from the state budget, the ability to establish schools with instruction in their native language, national media with broadcasting in their native language and State support, permanent representation in government bodies, and so on. Second is the right to observe, revive and develop its spiritual, religious and cultural traditions and customs, to preserve its tangible and intangible cultural heritage and even its toponymy. Thirdly, it is the legal protection against discrimination, primarily forced eviction, forced assimilation, incitement of racial, ethnic and religious hatred directed against them. Finally, fourthly, Article 2 of the Law guarantees them protection “against acts of genocide or any other act of collective coercion or violence”.

If the answer to the second question is purely rhetorical, as the contradictions are obvious, the answer to the first and third questions can be combined. The point is that Article 1.2 of the new Law includes the Crimean Tatars, Karaites and Krymchaks among the indigenous peoples of Ukraine only. They all live compactly in Crimea, which Ukraine has de facto no control over.

Interestingly, the Karaites are an ethnic group living not only in Ukraine but also in Lithuania and in Israel. In Israel they are considered as Jewish because they practice not Talmudic Judaism and are covered by the Law of Return. The Krymchaks in general are a Jewish ethno-linguistic Turkic-speaking group that professes Talmudic (traditional) Judaism. Practically all their community was completely exterminated in the fires of the Holocaust. Interestingly, today there are more of them living in Israel (600 people) than in Crimea (177 people) and Ukraine (406 people according to the 2001 census) Consequently, as Jews, they all have their own State, and that already violates the provision of the new law. We should note at once that this is not the only one contradiction and actual violation of the law already at the stage of its adoption. If the Krymchaks and the Karaites have their own State entity – State of Israel, then, for example, the Ruthenians – a Slavic nationality that was formed in the Eastern Carpathians in the VI-VII centuries AD – fully fit the definition of the Indigenous Peoples of Ukraine, because there is no Ruthenians state in the world. But there is no mention of them in the Law.

Thus, we can draw two conclusions. First, the rights and guarantees for the three listed peoples will remain on paper, as the Ukrainian de facto authorities have no influence on the situation in Crimea. Secondly, the Law absolutely does not apply to national minorities in the territory currently controlled by the Ukrainian government. As for the small presence of Crimean Tatars, Krymchaks and Karaites on Ukrainian territory itself, suffice it to say that the authorities have never managed to open a single Crimean Tatar school there, limiting themselves to individual classes. Demand remains low in view of the lack of applicants; to put it simply, the number of Crimean Tatars, let alone Crimean Tatars and Karaites who do not live compactly in mainland Ukraine, is so low that there is no possibility of recruiting pupils for a full-fledged school. Given the situation of the Ruthenians, the Law was not passed at all to really change the policy towards national minorities, even if their number was reduced to a small list of “indigenous peoples”.

The question then arises, what was the goal of this Law? First of all, it was needed to increase the legitimacy and strengthen the international position of a Crimean Tatar non-governmental organisation with a strong pro-Ukrainian stance – the Mejlis of the Crimean Tatar people. It plays a prominent role in anti- Russian politics concerning Crimea. It is also important in terms of the numerous international legal proceedings Ukraine is currently undertaking against Russia, as well as in terms of Ukraine’s diplomatic initiatives aimed at creating a mechanism for putting the “Crimean question” back on the international agenda and, in the long term, for returning Ukraine’s control over Crimea. This is the of course the “Crimea Platform”, an international summit held in Kyiv on 23 August 2021 and attended by representatives of 46 states. As the chairman of the Mejlis of the Crimean Tatar people R. Chubarov stated, “the Crimean platform is aimed at making the world wake up a bit”. In his words, Ukraine cannot “generate ideas and propose ways of de-occupation and then try to implement them on its own”.

The summit demonstrated strong international support for Ukraine’s sovereignty, even as the world’s attention was riveted on Kabul at the time. However, it lasted only one day and faded from the news headlines, giving way again to news from Afghanistan.

The strong political support of the three indigenous peoples of the Peninsula by a country that has de facto no control over their territories does not impose any obligations on official Kiev. The Mejlis, which, through the efforts of the same Ukrainian authorities, is increasingly empowered as a representative body of the Crimean Tatars in exile, has undoubted advantages. However, Kiev obviously underestimates the possible negative reaction of other national minorities, which, unlike the three Crimean peoples, have indeed been living in mainland Ukraine for centuries, all of whom have not been granted the status of Indigenous Peoples and therefore also the grandiose rights that flow from it. Is such a game worth playing? And is it good for Democracy?

4 thoughts on “The Law on the Indigenous Peoples of Ukraine. What does it bring to national minorities?”