Shireen Abu Akleh’s death and the changing dynamics of representation 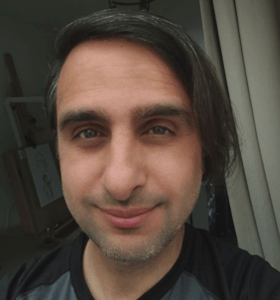 Emad is a British-Palestinian researcher and writer specialised in the political psychology of intergroup dynamics and intractable conflict, focusing on MENA, with special interest in Israel/Palestine. He has a background in human rights, humanitarian work, and journalism, and has been a frequent contributor to various academic and media outlets. Emad is also a classical artist and art tutor.

Targeting journalists is a common practice during conflict and political turmoil, with the aim of blocking the flow of information and controlling the narrative. But in Shireen Abu Akleh’s case, the issue exceeds that to suppressing the Palestinian power of representation and the fear of disrupting the existing power asymmetry in the Israeli-Palestinian context.

When Aljazeera’s veteran journalist Shireen Abu Akleh was killed in Jenin in the occupied West Bank, she was wearing full protective gear, including a bulletproof vest clearly labelled with the word “Press” and a helmet. The bullet hit her in the exposed part of her head.

Colleagues and witnesses who were in the area confirmed that Abu Akleh was killed by the attacking Israeli force.

Israel’s initial denial and blaming the incident on Palestinian fighters slowly changed to a call for a joint investigation with the Palestinian Authority (PA), which they rejected, then to pondering the possibility of an unintended killing by the Dovdovan elite unit. At the end of the day, Israel’s Defence Minister, Benny Gantz, gradually became much less assertive.

The immediate pinning of responsibility on the Israeli defense forces (IDF) by Palestinians was not only based on the footage, testimonies, and forensic investigations, but also on a pattern of evidence in the long history of IDF’s violations against journalists in the occupied territories. Israeli Diaspora Minister, Nachmann Shai, conceded in an interview with an Israeli radio outlet that, indeed, “Israel’s credibility is not great in situations like this.”

To most journalists and commentators, the killing of Abu Akleh was premeditated and, like previous incidents, geared toward concealing the truth of Israel’s activities in the occupied territories. Aljazeera, from the outset, unreservedly labelled the incident as ightiyaal (assassination).

The parameters of this reasoning are well-established. Targeting journalists has always been a tool to block the dissemination of information for political and military gains. Palestine is not an exception.

The Palestinian Journalists Syndicate reported that since 1967, 86 Palestinian journalists have been killed,  more than half of these since 2000, and six since 2020.

Yet to Palestinians, it may be a reductionist approach to frame Israel’s practices against journalists as only a matter of “hiding the truth.”  Palestine is a complex and evolving system of settler-colonialism, military occupation, and apartheid. All are manifestations of a severe power asymmetry that is reliant on its continuation of a proactive and rather aggressive set of narratives for its continuation.


The circumstances that led to Israel’s inception and the dynamics through which it emerged were the same ones that rendered Palestinians stateless and dispossessed. Without such dispossession, Israel might not have materialised as a state, at least not in the same state as it is today. By definition, and ab initio, this established a structural asymmetry favouring Jews in the country not least in terms of political and territorial domination. Palestinians, on the other hand, see the asymmetry only in terms of structural injustice defined by a coloniser-colonised relationship. As such, their struggle is also a struggle against Israel’s narrative dominance.

It is well-established that a shared narrative among members of society, as constructed in their collective memory and conflict ethos, is generally a positive image of one’s own group (1). This self-assigned “moral posture” by the dominant group usually translates to ignoring or downplaying the asymmetrical power relations with the dominated one. Among other things, it is due to the perpetrator’s need to relieve oneself of guilt and rationalise their otherwise controversial actions.

In apartheid South Africa, for instance, the ruling white South Africans perceived themselves as victims of the oppressed natives. The same thing happened in Northern Ireland, where the Protestant settlers who perpetrated gross human rights violations felt threatened and victimised that they designed narratives to justify and rationalise their practices.

For Israel, the state founding narratives and, as a result, collective identity, are largely built upon victimhood, and that necessarily entails denying the very imbalance of power relations with the Palestinians – sometimes even perceptually reversing it.

With this mindset firmly in place, almost everything is analysed or justified through the lens of national survival and security, regardless of Israel’s military and economic capabilities being far superior to those of the Palestinians. The Israeli-Palestinian situation is a prototypical example of a visibly asymmetrical type of intractable conflict, one that defines Israel’s relationship with the Palestinians in terms of dominance and control, occupier-occupied. Yet, for many Israeli-Jews, this asymmetrical power relation is rarely mentioned or acknowledged, neither is the correlation between Israeli policies and Palestinian dissidence. Almost all Palestinian acts of opposition to Israeli occupation, be it homemade Gaza rockets or even non-violent means of resistance like boycott, divestment and sanctions (BDS), are exaggerated and augmented, sometimes framed in existential terms, in order to justify Israel’s excessive usage of military power against the very population it controls.

Maintaining total control over the Palestinians, as such, is not seen as an oppressor-oppressed dynamic, but as a defence mechanism, a fear-based pre-emptive step, to thwart the Palestinian capacity to take control of their own narrative and, possibly, turn the table. Keeping that in mind, the killing of Shireen Abu Akleh was less about Shireen – although she has become the most visible symptom of the issue – and more about the suppression of Palestinian power of representation. This exceeds the act of hiding what is happening and blocking information to hindering the Palestinians’ capacity to narrate.

The idea of a consistent narrative and, therefore, the maintenance of a certain power hierarchy, requires a unidirectional flow of information. Decades of Palestinian administrative, political, and strategic weakness – for obvious and objective reasons – meant that the flow of information – and therefore the shaping of narratives – came mainly from Tel-Aviv and was too powerful for the Palestinians to counteract.

Gradually, with the emergence of satellite channels, social media and citizen journalism, and the growth of Palestinian civil society and diplomatic outreach, this flow began to be disrupted.

What is arguably more menacing to the Israeli state is that the flow of information has also shown signs of moving from a single source, which seems to have prompted extreme and violent reactions. The Palestinian story is gaining world recognition and rather rapidly, while simultaneously the traditionally powerful and meticulous Israeli hasbara (Hebrew for explaining –propaganda) is now losing momentum. From an Israeli perspective, this is disconcerting not only because it creates a recognisably competing narrative and ends Israel’s monopoly on the “truth,” but also, and more importantly, because it threatens the building blocks of the power asymmetry itself.

Shireen, like most of her peers who covered Israel and Palestine, spoke truth to power and challenged its structure.

She effectively disrupted the firmly held Israeli collective narrative. This has signalled the beginning of a Palestinian reclamation of the truth, which many believe will eventually translate to tangible changes on the ground and a change in the Israel-favouring status quo.