What Heidegger can teach us about life hacks 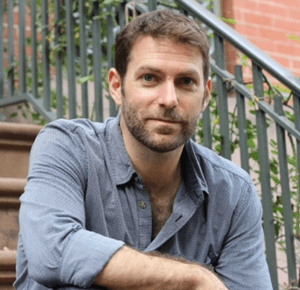 David has a doctorate in philosophy from Oxford University and is the author of The Pursuit of an Authentic Philosophy: Wittgenstein, Heidegger, and the Everyday (2019). He teaches online philosophy classes for the general public at eganphilosophy.com.

We’re living in a golden age of life hacking. Increasingly sophisticated tools allow us to monitor and optimize every aspect of our behavior and routines. To some, these tools offer boundless promise. To others, they can seem darkly unsettling. Martin Heidegger offers a diagnosis that articulates that unsettling feeling. His analysis, more relevant today than when he formulated it three quarters of a century ago, argues that our fascination with technology is the most visible aspect of a dangerously constrained worldview.

In the last month, I’ve averaged a little over 9000 steps per day. I know this because my phone has been counting each step I take. I didn’t even realize it was doing this until fairly recently. I suppose I could turn off the step counting, but I don’t really mind it. For all the (warranted) hand-wringing over digital surveillance, most of us are blithe enthusiasts for self-surveillance.

This whole step monitoring business is at the downscale end of the possibilities for health monitoring. Dedicated devices will track your heart rate, blood oxygen levels, and sleep patterns. You can buy smart socks that monitor things like foot pressure and force. There was even a short-lived attempt to market a smart fork to help you pace your eating. What a time to be alive.

[The demo movie for HAPIfork: the smart fork to help you pace your eating]

This sort of self-surveillance is part of a larger regime of life hacking. Tools of big data, empirical psychology, and managerial nous refashioned for the masses dispense advice about how to optimize, well, everything. Manage time more efficiently, get the best health benefits, be the best you.

It’s easy to caricature but hard to resist. You don’t want to be left behind. And let’s be honest—who doesn’t want to save a bit of time and get a little fitter?

Martin Heidegger, for one. Heidegger died three decades too soon ever to wear a FitBit but I suspect he would have given it a pass anyway. His analysis of technology diagnoses the unease many of us feel when presented with images of tech-savvy life hackers decked out in wearables (1). It’s not the tools themselves that are the problem but something deep within the worldview that gives those tools their salience.

Rewind the clock by three quarters of a century to a time when “computer” was the name for a person paid to crunch numbers. Heidegger has made a pilgrimage to the Rhine, the mythic river, muse of Romanticism, and ancient emblem of German nationhood. Heidegger is retracing the steps of the poet Friedrich Hölderlin, who wrote a hymn in praise of the Rhine at the turn of the nineteenth century. Hölderlin eulogized the Rhine as divine and mysterious. Heidegger greatly admires Hölderlin and maybe hopes to encounter something like this divine mystery as well.

Instead, Heidegger encounters the concrete and fierce roar of a hydroelectric dam.

Heidegger is struck by the difference between his own encounter with the Rhine and Hölderlin’s. What was once a sacred mystery is now an engineering problem. The river holds interest only so far as it serves human ends.


For Heidegger, technology isn’t primarily the gadgets and machinery that make the modern world hum. It’s rather the general way of relating to the world that’s crystallized in the gadgets and machinery. Ours is a world of engineers and doers, who see the world as a set of resources to be put as efficiently as possible to good use. There’s impatience in this way of relating to the world, and an anthropocentric narcissism. Everything out there is a “standing reserve,” in Heidegger’s language (der Bestand in German), waiting to be molded to fit human purposes. Like latter-day Medusas, everything we turn our technological gaze on gets transformed into a resource to be exploited.

We’ve also turned this Medusa gaze on ourselves. The expression “human resources” took on its contemporary managerial meaning in the mid-twentieth century and since that time “human resource management” has become a mode of employment for hundreds of thousands of people.

If that sounds creepy, think again about those tools of self-optimization. My time, energy, and attention have all become resources to be exploited with maximum efficiency. We talk about mental and emotional resources, and like our financial resources, these can get depleted or overtaxed.

If the problem is that we’ve come to treat ourselves as things, the solution, for Heidegger, comes with the recognition that we shouldn’t treat things as things either.

Return for a moment to Heidegger’s encounter with the Rhine. What impresses him about Hölderlin’s poem is that it lets the river be itself. A patient observer allows the river to show itself in its own way and at its own pace. Contrast that patience not just with the engineer envisaging a hydroelectric dam but also with the selfie taker who sees in the river the perfect backdrop for an Instagram post or the rafter who sees the river as providing a thrill ride. In each of these cases, the question is what the river can do for me. Heidegger values the ability of artists to make things visible to us in ways that don’t simply scratch the itch of our own controlling interests.

Heidegger thinks there’s something very special in our ability—especially evident in art—to be open to things as they are in their own right. Even our technologically-driven race for optimization and efficiency manifests this openness, albeit in a degraded form. It betrays an aggressive impatience to channel the force of a river into turning turbines, but it also shows an awareness of the river’s awesome power. The real danger in technology is that it fosters an obsession with process and control that keeps us from seeing what it reveals.

All that step counting, heart monitoring, and time managing is a fancy way of registering that the human body is a remarkable organism and its time on this Earth is precious. To see this, you have to take a step back from the narrow focus that this technology encourages. Heidegger doesn’t want us to burn all the machines. He wants us to see past our obsession with efficiency and apprehend the wonder that we—and the world—are here at all.