The knowledge industry: how to deal with disinformation and cancel culture 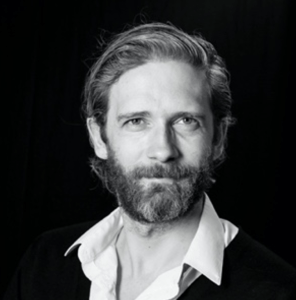 Brian is a two-time graduate of the University of Glasgow, where he completed an M.A. (Hons.) and PhD in English Literature. His second monograph, On a Common Culture: The Idea of a Shared National Culture, was published in spring 2022 (Zer0 Books). 2022 will also see the publication of his third book, Speech Acts in Blake’s Milton (Routledge).

This article is predicated on the view that without a clear idea of exactly how our knowledge-making procedures work, it is difficult to arrive at a full understanding of disinformation and cancel culture, and it advances the view that Jonathan Rauch’s recent The Constitution of Knowledge provides us with an indispensable account of how those epistemic procedures function. Having acquired a sound understanding of how the knowledge industry works, cancel culture and disinformation emerge as rogue interventions in the battle of ideas.

Disinformation and cancellation are signs of the times. It is often claimed that the former is the weapon of choice of a particular kind of political Right, perhaps even a populist Right, while the latter is mainly the practice of the far-left, although we find occurrences of the two phenomena on both sides of the political spectrum. Why speak of them in the same breath? They both belong to the epistemic agonism of today: you might engage in conflict by means of either strategy, seeking to advance your cause through spreading information which doesn’t stand up to scrutiny or “bettering” your opponent not through argumentation but through the attempt to have them expelled from the public sphere (whereby they are banned from a platform, lose their job, etc). Disinformation smothers accurate information; cancel culture suppresses ideas.

It can be difficult to disentangle the producer of disinformation from the victim of cancellation. Alex Jones has had his content removed from numerous platforms, his accounts on a number of other websites have been deleted, and his company may no longer use a well-known online payments system to sell things in its online shop. Is he a victim of cancellation? The more plausible conclusion is that he is a promulgator of disinformation. (It is more accurate to say that Jones fell foul of the policies embraced by Big Tech. Such utilities rely on policy design as well as product design.) What of Kathleen Stock, the British university professor who holds what we now call “gender critical views”? Is she guilty of peddling false information? The more convincing conclusion is the opposite of the former case: she is the victim of cancellation.

One can reach tentatively for such conclusions, but one does so with great trepidation. Postmodern philosophy, which started a fashion for uncertainty (characterized by subjectivism and relativism), has undoubtedly made it more difficult to get to grips with these phenomena. After all, as Sokal and Bricmont argue, postmodernism promulgated “cognitive relativism”, which reduces our defences when it comes to dealing with disinformation. (1) And specific strains of this kind of theory have also led us astray when it comes to cancel culture. Herbert Marcuse, truly a herald of this culture, championed what he called “repressive tolerance” in an essay bearing that title. “Liberating tolerance, [..]” he blithely argues in the piece, “would mean intolerance against movements from the right and toleration of movements from the Left” (2).

It has been said that disinformation brings about a situation in which, as Peter Pomerantsev puts it, “nothing is true and everything is possible” (4). In possession of proper awareness of our knowledge-making processes, we might recover clarity about how some things are true and how, with respect to everything we are not sure about, only a limited range of options are possible. On one level, this would represent less of a great cultural achievement than a process of normalization; but it would also mean we had taken a decisive step back from the precipice.

With respect to putting cancellation behind us, the yield would be equally important. It would be a blow against incivility in our public debates. It would help reinstate viewpoint diversity and help put an end to the self-censorship which stymies that intellectual diversity.

Teachers have a special role to play when it comes to finding solutions for our current epistemic maladies. Education is the place where we can start from the beginning once more and try to put in place a sound account of knowledge making and its travesties. One specific domain where we have the chance to make an impact is in the teaching of “Theory of Knowledge”. We could do worse than put Rauch’s wonderful new study on our reading lists.

One thought on “The knowledge industry: how to deal with disinformation and cancel culture”